I’ve Got Your Number “Every book I write starts with a “What If…?” And I’ve Got Your Number has got a whole bunch of them. What if you lost your engagement ring AND your phone and you were completely desperate? What if you found an abandoned phone in a bin? Would you take it? Would you think, it’s mine now, finders keepers?  Would you read all the messages on it? Would you mind your own business, or would you find yourself maybe… interfering?

I’ve Got Your Number is about a girl called Poppy, who finds a phone belonging to a total stranger called Sam, and from that moment becomes embroiled in his life. It’s amazing what you can find out about somebody just from a few texts and messages. It’s amazing how your whole life can be turned upside down by one little text. And it’s amazing to find out how hard it is to hide the fact that you’ve lost your priceless engagement ring from your fiancé!”

Poppy Wyatt has never felt luckier. She is about to marry the ideal man, Magnus Tavish, but in one afternoon her ‘happy ever after’ begins to fall apart.  Not only has she lost her engagement ring but in the panic that followed, she has now lost her phone. As she paces shakily round the hotel foyer she spots an abandoned phone in a bin. Finders keepers! Now she can leave a number for the hotel to contact her when they find her ring. Perfect!

Well, perfect except the phone’s owner, businessman Sam Roxton doesn’t agree. He wants his phone back and doesn’t appreciate Poppy reading all his messages and wading into his personal life.

What ensues is a hilarious and unpredictable turn of events as Poppy and Sam increasingly upend each other’s lives through emails and text messages. As Poppy juggles wedding preparations, mysterious phone calls and hiding her left hand from Magnus and his parents… she soon realises that she is in for the biggest surprise of her life.

Perspective. I need to get perspective. It’s not an earthquake or a crazed gunman or nuclear meltdown, is it? On the scale of disasters, this is not huge. Not huge. One day I expect I’ll look back at this moment and laugh and think, ‘Ha ha, how silly I was to worry—’

Stop, Poppy. Don’t even try. I’m not laughing – in fact I feel sick. I’m walking blindly around the hotel ballroom, my heart thudding, looking fruitlessly on the patterned blue carpet, behind gilt chairs, under discarded paper napkins, in places where it couldn’t possibly be. I’ve lost it. The only thing in the world I wasn’t supposed to lose. My engagement ring. To say this is a special ring is an understatement. It’s been in Magnus’s family for three generations. It’s this stunning emerald with two diamonds and Magnus had to get it out of a special bank vault before he proposed. I’ve worn it safely every day for three whole months, putting it religiously on a special china tray at night, feeling for it on my finger every thirty seconds . . . and now, the very day his parents are coming back from the States, I’ve lost it. The very same day.

Professors Antony Tavish and Wanda Brook-Tavish are, at this precise moment, flying back from six months’ sabbatical in Chicago. I can picture them now, eating honey-roast peanuts and reading academic papers on their his-’n’-hers Kindles. I honestly don’t know which of them is more intimidating. Him. He’s so sarcastic. No, her. With all that frizzy hair and always asking you questions about your views on feminism all the time. OK, they’re both bloody scary. And they’re landing in about an hour and of course they’ll want to see the ring . . .

No. Do not hyperventilate, Poppy. Stay positive. I just need to look at this from a different angle. Like . . . what would Poirot do? Poirot wouldn’t flap around in panic. He’d stay calm and use his little grey cells and recall some tiny, vital detail which would be the clue to everything. I squeeze my eyes tight. Little grey cells. Come on. Do your best. Thing is, I’m not sure Poirot had three glasses of pink champagne and a mojito before he solved the murder on the Orient Express.

‘Miss?’ A grey-haired cleaning lady is trying to get round me with a hoover and I gasp in horror. They’re hoovering the ballroom already? What if they suck it up?

‘Excuse me.’ I grab her blue nylon shoulder. ‘Could you just give me five more minutes to search before you start hoovering?’

‘Still looking for your ring?’ She shakes her head doubtfully, then brightens. ‘I expect you’ll find it safe at home. It’s probably been there all the time!’

‘Maybe.’ I force myself to nod politely, although I feel like screaming, ‘I’m not that stupid!’

On the other side of the ballroom I spot another cleaner clearing cupcake crumbs and crumpled paper napkins into a black plastic bin bag. She isn’t concentrating at all. Wasn’t she listening to me?

‘Excuse me!’ My voice shrills out as I sprint across to her. ‘You are looking out for my ring, aren’t you?’

‘No sign of it so far, love.’ The woman sweeps another load of detritus off the table into the bin bag without giving it a second glance.

‘Careful!’ I grab for the napkins and pull them out again, feeling each one carefully for a hard lump, not caring that I’m getting buttercream icing all over my hands. ‘Dear, I’m trying to clear up.’ The cleaner grabs the napkins out of my hands.

‘Look at the mess you’re making!’

‘I know, I know. I’m sorry.’ I scrabble for the cupcake cases I dropped on the floor. ‘But you don’t understand. If I don’t find this ring, I’m dead.’

I want to grab the bin bag and do a check of the contents with tweezers. I want to put plastic tape round the whole room and declare it a crime scene. It has to be here, it has to be. Unless someone’s still got it. That’s the only other possibility that I’m clinging to. One of my friends is still wearing it and somehow hasn’t noticed. Perhaps it’s slipped into a handbag . . . maybe it’s fallen into a pocket . . . it’s stuck on the threads of a jumper . . . the possibilities in my head are getting more and more far-fetched, but I can’t give up on them.

‘Have you tried the cloakroom?’ The woman swerves to get past me. Of course I’ve tried the cloakroom. I checked every single cubicle on my hands and knees. And then all the basins. Twice. And then I tried to persuade the concierge to close it and have all the sink pipes investigated, but he refused. He said it would be different if I knew it had been lost there for certain, and he was sure the police would agree with him, and could I please step aside from the desk as there were people waiting? Police. Bah. I thought they’d come roaring round in their squad cars as soon as I called, not just tell me to come down to the police station and file a report. I don’t have time to file a report! I’ve got to find my ring!

I hurry back to the circular table we were sitting at this after¬noon and crawl underneath, patting the carpet yet again. How could I have let this happen? How could I have been so stupid? It was my old school friend Natasha’s idea to get tickets for the Marie Curie Champagne Tea. She couldn’t come to my official hen spa weekend, so this was a kind of substitute.

There were eight of us at the table, all merrily swigging champagne and stuffing down cupcakes, and it was just before the raffle started that someone said, ‘Come on, Poppy, let’s have a go with your ring.’ I can’t even remember who that was, now. Annalise, maybe? Annalise was at university with me, and now we work together at First Fit Physio, with Ruby who was also on our physio course. Ruby was at the tea too, but I’m not sure she tried on the ring. Or did she? I can’t believe how rubbish I am at this. How can I do a Poirot if I can’t even remember the basics? The truth is, everyone seemed to be trying on the ring: Natasha and Clare and Emily (old school friends up from Taunton) and Lucinda (my wedding planner, who’s kind of become a friend) and her assistant Clemency, and Ruby and Annalise (not just college friends and colleagues but my two best friends. They’re going to be my bridesmaids, too).

I’ll admit it: I was basking in all the admiration. I still can’t believe something so grand and beautiful belongs to me. The fact is, I still can’t believe any of it. I’m engaged! Me, Poppy Wyatt. To a tall, handsome university lecturer who’s written a book and even been on TV. Only six months ago, my love life was a disaster zone. I’d had no significant action for a year and was reluctantly deciding I should give that match.com guy with the bad breath a second chance . . . and now my wedding’s only ten days away! I wake up every morning and look at Magnus’s smooth, freckled sleeping back; and think, ‘My fiancé, Dr Magnus Tavish, Fellow of King’s College London,’ and feel a tiny tweak of disbelief. And then I swivel round and look at the ring, gleaming expensively on my nightstand, and feel another tweak of disbelief.

What will Magnus say? My stomach clenches and I swallow hard. No. Don’t think about that. Come on, little grey cells. Get with it. I remember that Clare wore the ring for a long time. She really didn’t want to take it off. Then Natasha started tugging at it, saying, ‘My turn, my turn!’ And I remember warning her, ‘Gently!’ I mean, it’s not like I was irresponsible. I was carefully watching the ring as it was passed round the table. But then my attention was split, because they started on the raffle and the prizes were fantastic. A week in an Italian villa, and a top-salon haircut, and a Harvey Nichols voucher . . . The ballroom was buzzing with people pulling out tickets and numbers being called out from the platform and women jumping up and shouting, ‘Me!’And this is the moment where I went wrong. This is the gut-churning, if-only instant. If I could go back in time, that’s the moment I would march up to myself and say severely, ‘Poppy, priorities.’ But you don’t realize, do you? The moment happens, and you make your crucial mistake, and then it’s gone and the chance to do anything about it is blown away.

"The queen of stylish chick-lit returns with a mad haphazard wedding caper.... hilarious and unpredictable."

"A fun, hilarious read - and fans of Kinsella's Shopaholic series will love her latest heroine."

"We spat out our drinks laughing... It's fun and frivolous - we liked it a lot." 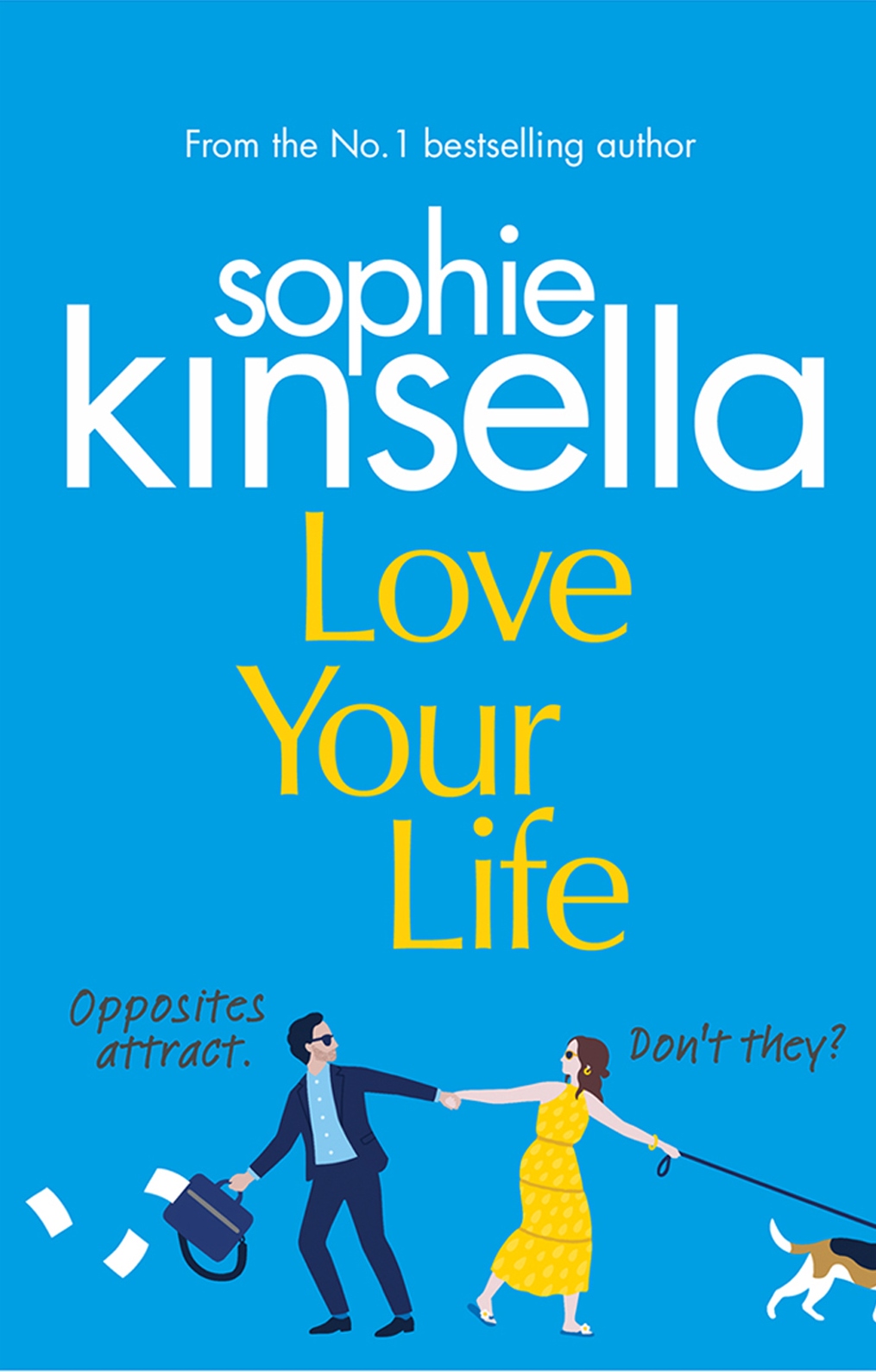 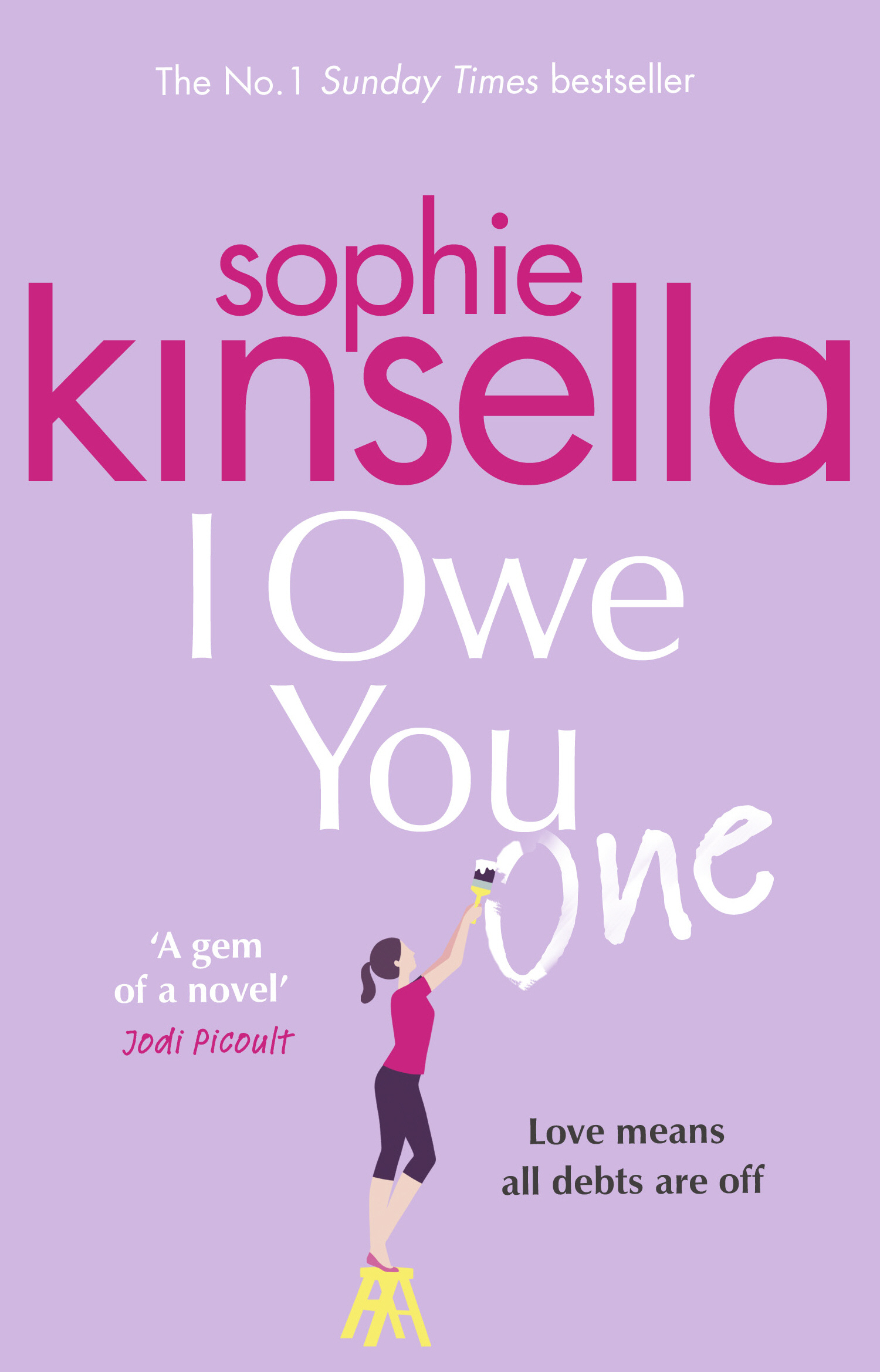 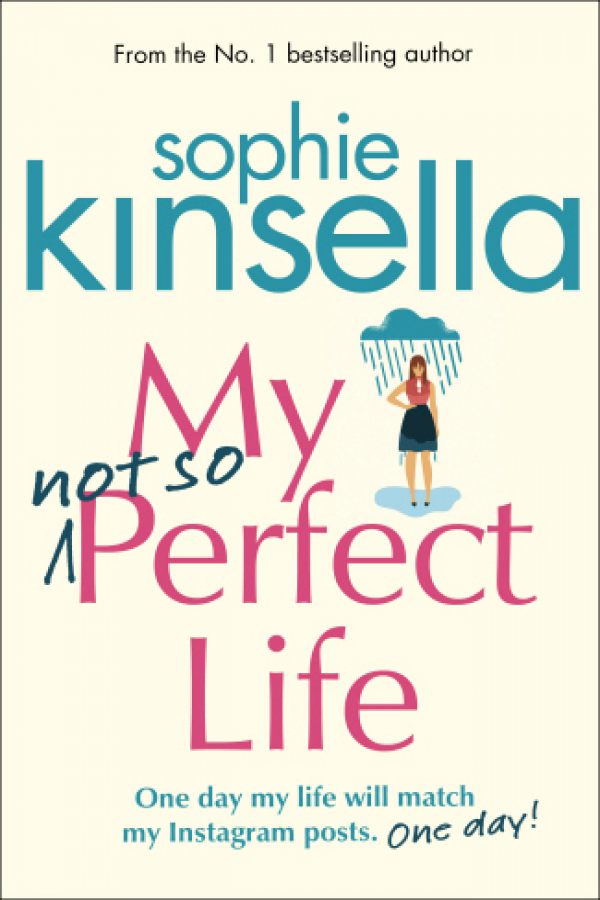 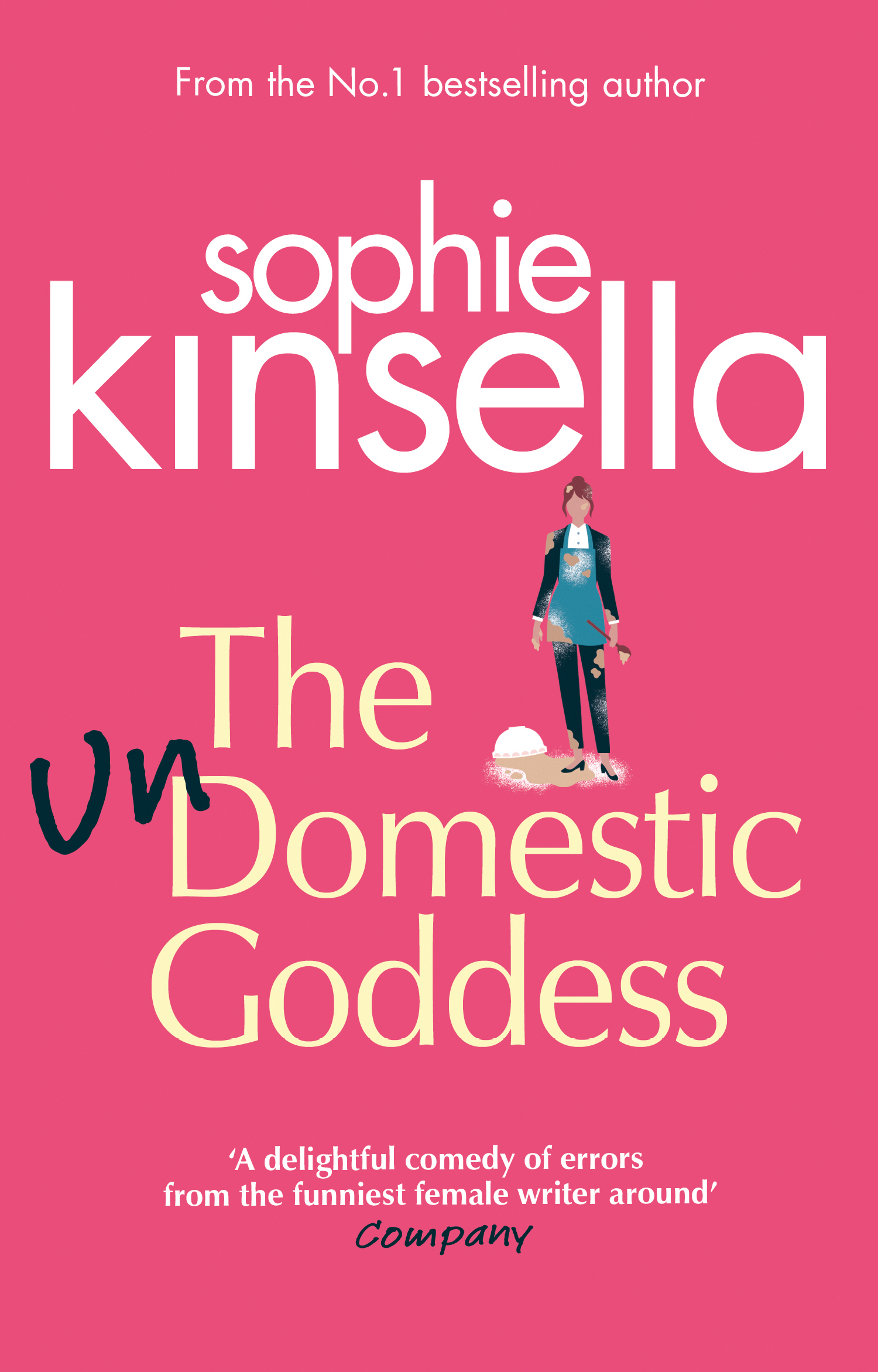 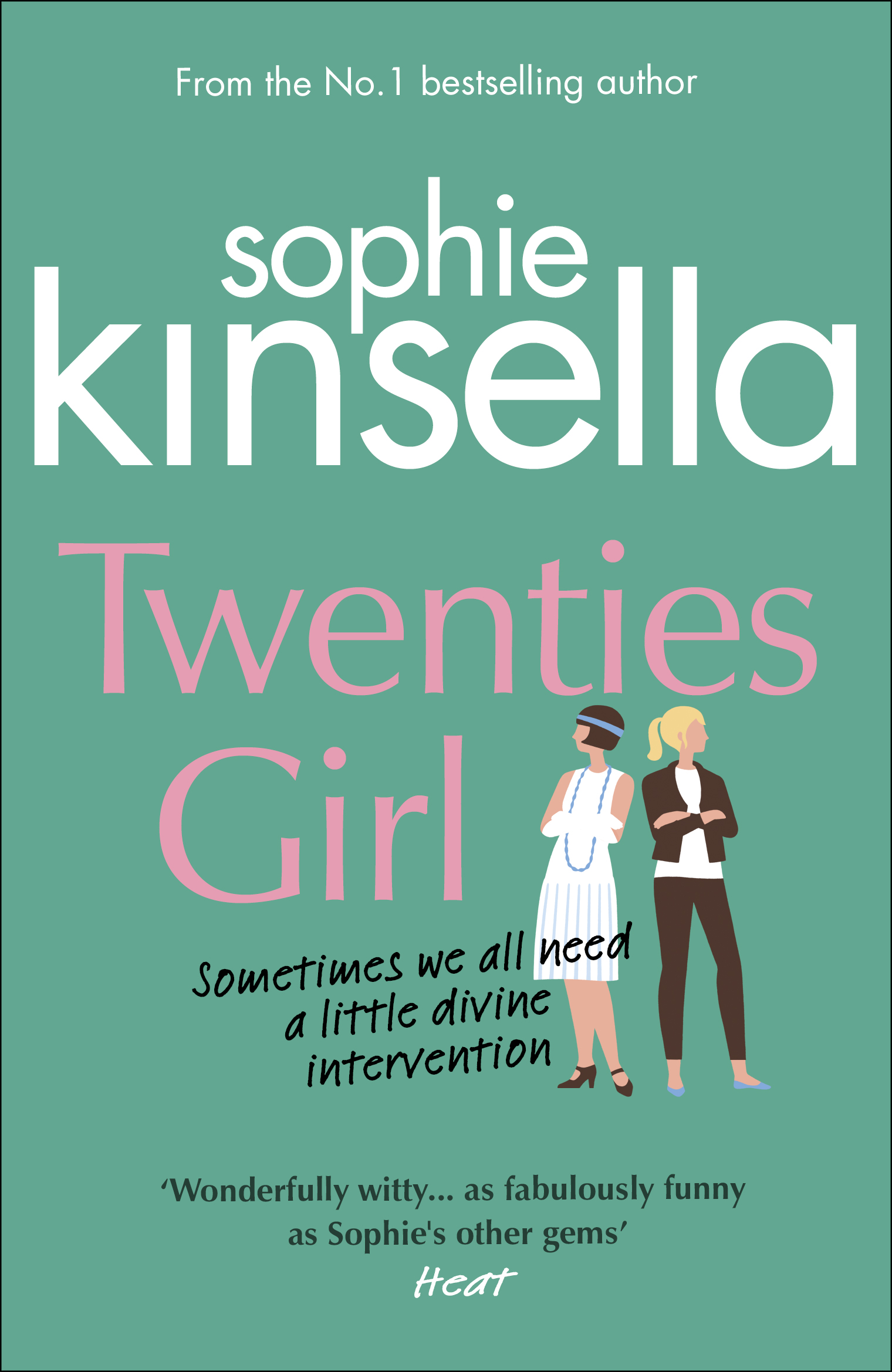 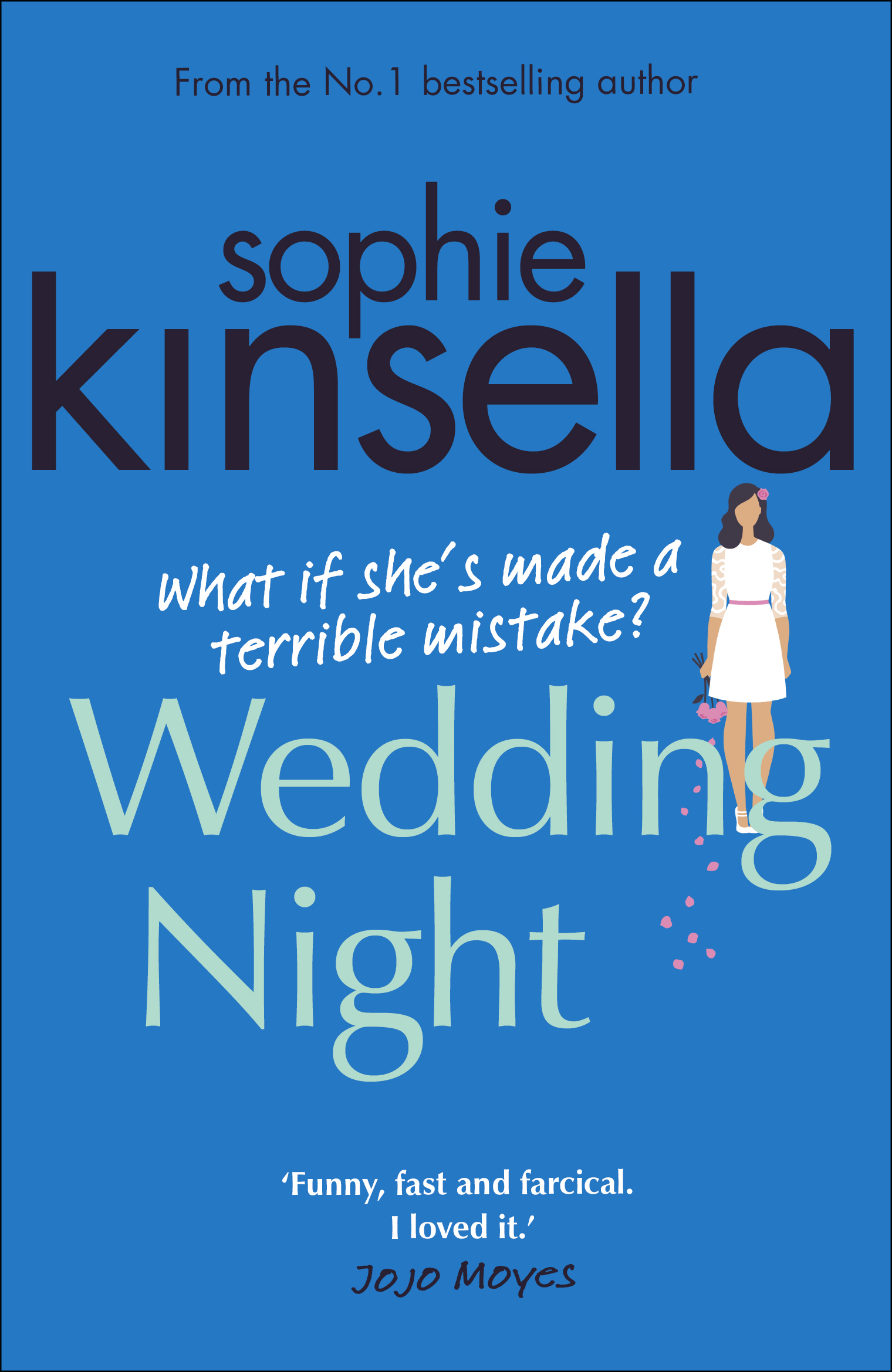