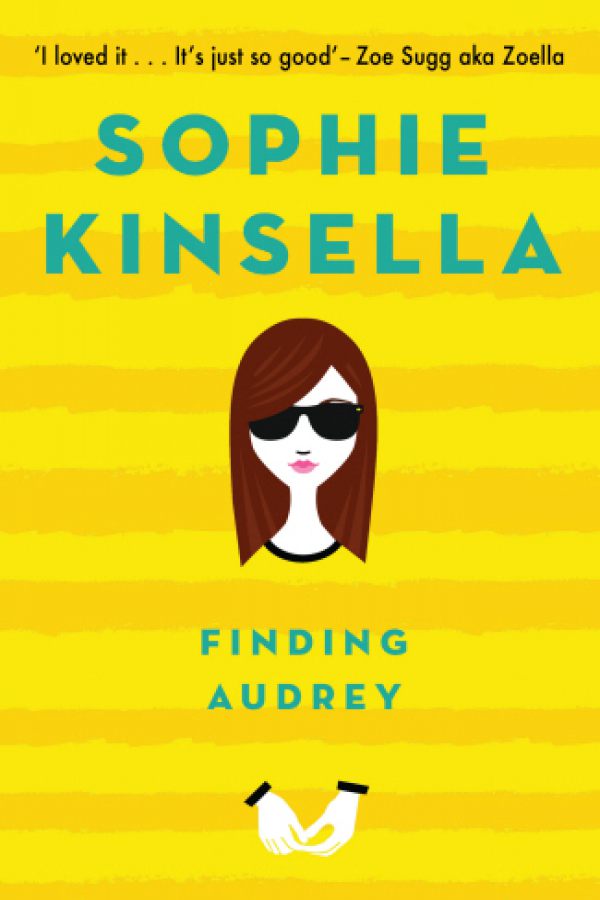 Audrey is a teenage girl suffering from Social Anxiety Disorder. She has experienced bullying, and as a result has become virtually a prisoner in her own home. This is the story of her journey to recovery, with the help of a boy named Linus. It’s sad in places, but funny and romantic too.

I hope that you will find the story of Audrey and her chaotic family a funny and uplifting one. Audrey is a brave, charming and resourceful girl and I hope she will inspire you as much as she has inspired me. I always fall in love with my heroines, but with Audrey I feel a special protective fondness, too.

Audrey can’t leave the house. She can’t even take off her dark glasses inside the house.

Then her brother’s friend Linus stumbles into her life. With his friendly, orange-slice smile and his funny notes, he starts to entice Audrey out again – well, Starbucks is a start. And with Linus at her side, Audrey feels like she can do the things she’d thought were too scary. Suddenly, finding her way back to the real world seems achievable.

Be prepared to laugh, dream and hope with Audrey as she learns that even when you feel like you have lost yourself, love can still find you…

Mum and Dad are out for the day with friends at some garden show and they’ve taken Frank with them to “broaden his horizons,” so they have no idea I’m doing this. I couldn’t face the whole big deal of telling them and Mum fussing and all that palaver. So I waited till they left, got my key, got my money and the camera, and just left the house.

We live about twenty minutes’ walk from Starbucks, if you’re striding. I’m not striding. But I’m not stopping either. I’m going. Even though my lizard brain is poised to curl up in fright, I’m managing to put one foot in front of the other. Left, right. Left, right.

My dark glasses are on, my hands are jammed in the pockets of my hoodie, and I’ve pulled the hood up for extra protection. I haven’t raised my gaze from the pavement but that’s OK. Most people walk along in their own worlds anyway.

As I reach the town centre the crowds become denser and the shop fronts are bright and noisy and with every step I have a stronger desire to run, but I don’t. I push on. It’s like climbing a mountain, I tell myself. Your body doesn’t want to do it, but you make it.

And then, at last, I’ve made it to Starbucks. As I approach the familiar façade I feel kind of exhausted, but I’m giddy too. I’m here. I’m here!

I push the door open and there’s Linus, sitting at a table near the entrance. He’s wearing jeans and a grey T-shirt and he looks hot, I notice before I can stop myself. Not that this is a date.

I mean, obviously it’s not a date. But even so —

Midsentence Stop. Whatever. You know what I mean.

Linus’s face brightens as he sees me, and he leaps up from the table.

“I didn’t think you would.”

His enthusiasm is so infectious I grin madly back and we sort of do a mini-dance, arms waving up and down.

“Shall we get some coffee?”

As we join the queue I feel kind of wired. The music on the sound system is too loud and the conversations around me are hitting my eardrums with a force that makes me wince, but I’m going with it instead of resisting. Like you do at a rock concert, when your nerves get taken over by the force of the noise and you just have to surrender. (And yes, I appreciate most people would not equate low-level Starbucks chatter to a rock concert. All I will say is: Try living inside my brain for a bit.)

I can feel my heart pumping, but whether it’s because of the noise or the people or because I’m with a hot-looking boy, I don’t know. I give my order (caramel Frappuccino) and the surly girl behind the counter says, “Name?”

If there’s one thing I don’t want it’s my name being shouted across a busy coffee shop.

“I hate the name thing,” I mutter to Linus.

It’s easy to keep a poker face when you’re wearing dark glasses and a hoodie and you’re looking off to one side.

“Of course she’s called Rhubarb,” chimes in Linus. “Hey, Rhu, do you want anything to eat? You want a muffin, Rhu?”

“Fine. Rhu-barb.” The girl writes it down with her Sharpie. “And you?”

“I would like a cappuccino,” says Linus politely. “Thank you.”

“What?” She stares at him, Sharpie in hand

I’m shaking, trying not to laugh. The Starbucks girl gives us both evil stares.

“You’re John,” she says, and scrawls it on his cup.

I tell Linus I’ll pay because this is my documentary and I’m the producer, and he says OK, he’ll get the next one. Then we take our cups — Rhubarb and John — and head back to our table. My heart is pounding even harder, but I’m on a high. Look at me! In Starbucks! Back to normal!

I mean, OK, I’m still in dark glasses. And I can’t look at anyone. And my hands are doing weird twisty things in my lap. But I’m here. That’s the point.

"A sweet and enjoyable read."

"Emotional, captivating and ultimately uplifting - buy this for the teens in your life, as well as yourself."

"Her compassionate, insightful take on what it's like to live with anxiety is an eye-opener, but her trademark lightness of touch and gentle humour make it hugely entertaining, too."

"If you're a fan of Confessions of a Shopaholic, you're going to adore Sophie Kinsella's latest lovely novel... sad, funny and romantic all at once."

"Never underestimate Kinsella... There are echoes of classic Judy Blume here and it's all just lovely."

"Kinsella observes family life with win and a light touch."

"A sympathetic and sensitive treatment of a teenage girl overcoming chronic anxiety... Her family are brilliantly drawn and her relationship with her brother's friend Linus is extremely touching, but it is the message of hope that resounds." 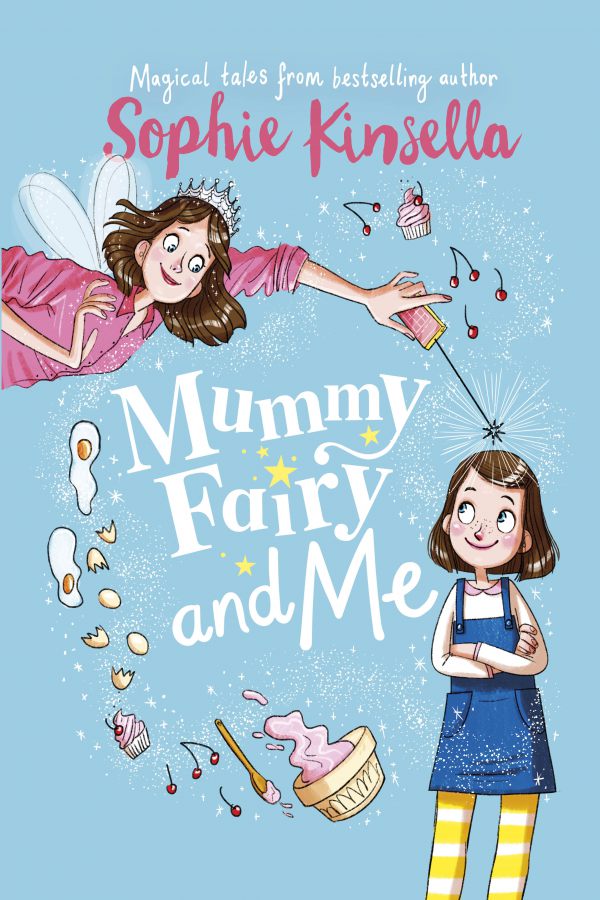 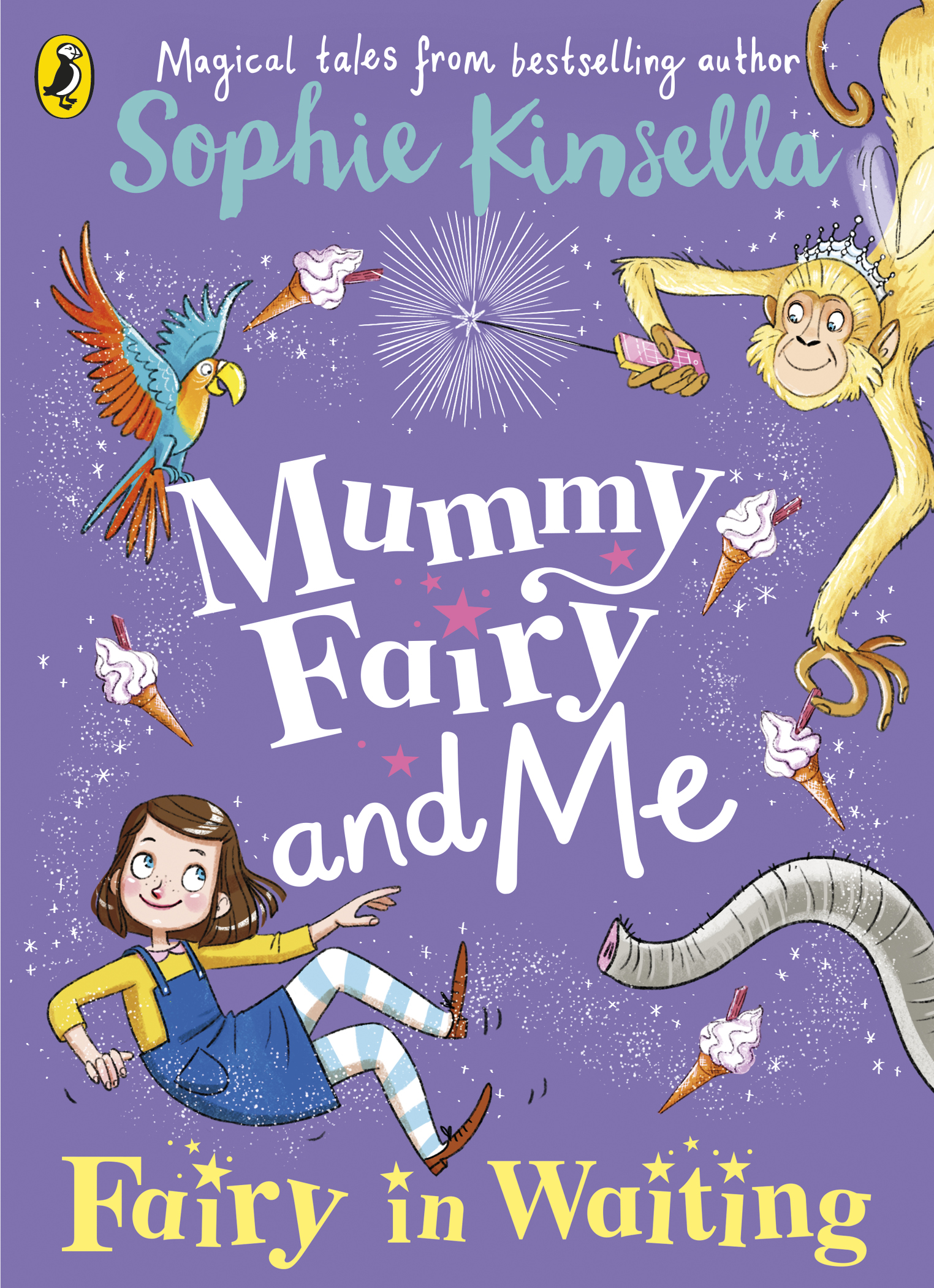